The client wanted to understand what the priorities were for a variety of managers responsible for migrating large websites.

I arranged interviews with several individuals who matched the client’s target audience. From my discovery, I drafted personas to inform app development.

Communications Manager at a University Library 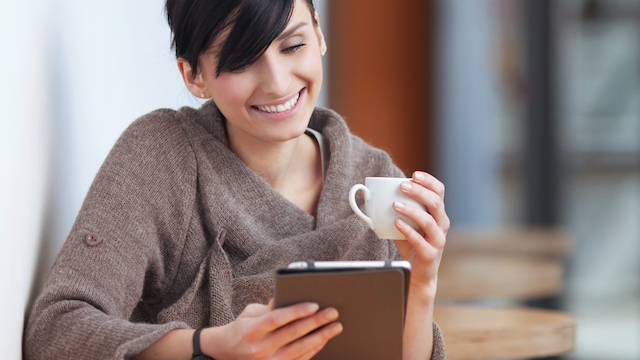 Madison’s is an independent forward-thinking woman. The photo is meant to communicate that she is a young, up and coming manager. She’s busy, but comfortable working from anywhere, so she makes the most of her day. She cares about her team, but she’s not a micro-manager.

“We can achieve anything with the right level of patience and fortitude.”

The tagline came from observing managers who are especially good at moving forward despite organizational politics that could hold many people back.

Education: Bachelor’s degree in communications from a respected state school

This age, gender, and education were chosen, because there are more young women in management positions, especially within communications, in the past 5 years. It communicates that the user population is often women with a passion for communicating about things that matter to them.

This business domain information shows that Madison is a big-picture manager who doesn’t like spending time on minutia. She wants proof of things moving forward while still giving her team space and freedom to work.

Madison hates undue oversight. She feels that people should be able to work from anywhere, anytime, as long as they get their work done.

Madison is a go-getter. She’s forthright, so you always know where you stand with her. Nobody has anything bad to say about her.

The “I Get It” Factors

Madison holds herself to a high standard. She worked hard to get to where she is now, and she wants to make the most of available technology.

She trusts her team but also feels pressure from her managers to prove that they’re making progress. She’s focused on strategically advancing her team’s influence and doesn’t want to be held back by trivial tasks.

Madison, in Her Own Words

This is the third place I’ve worked. I started at NPR as a tech for a couple of popular podcasts. Honestly, sometimes I feel a little out of my element, being a manager with everyone who reports to me having more experience. But I think my previous work at NPR, then a local news station, gave the people who hired me a feeling that I knew the ins and outs of communications well. I do, of course. But I also have people on my team who’ve been writing or communicating for many years.

I try to give my team space while encouraging them to use new tech that could make their work and lives easier. It’s not as hard as it could be since we work in tech communications, but sometimes it’s still a struggle. You often have to be willing to dig through the junk to find good apps. I’m willing to try new apps, but sometimes my team gets tired of it and they want to just keep doing what they always have, using excel spreadsheets to track things, or whatever. I know because they tell me, and because they have a lot of work on their plates. We’re a busy team.